I’ve always felt strongly about names.   A good name can provide you with a sense of history, direction and character. It grounds you while at the same time giving you wings.

My name- Mara- means many things.  As a child I first learned of its Hebrew meaning, “bitter.”  My Mother liked to tell me that the local Rabbi had tried to persuade her to choose a better name, even offering Miriam as a more suitable alternative.  He said that Mara was no name for the promise of a Jewish baby, but my mother had been adamant, and Mara I was.  Over the years I have searched for other more nuanced meanings of my name, hoping for something slightly more positive or inspiring. But somehow I always got stuck with the Biblical translation; that is, until I met the Sisters.

The moment I introduced myself things got weird.  “Hi, I’m Mara,” I said.  They had looked at me with interest, asking me to spell my name- M. A. R. A.    “What do you do?”- it was a seemingly innocent question posed with expectant eyes. I overflowed with enthusiasm, describing my then position at the University at Buffalo, brokering partnerships with area schools, working to support the promise of education.

Time stopped and the air grew fuzzy.  Why were they staring at me?  I could feel the weight of coincidence before it was revealed.  They had traveled from the Mara Region of Tanzania- spelled and pronounced exactly the same- and were seeking partners to help them build a school for girls.

Honestly, what were the odds?  It was Christmas day and the two nuns- Sister Janepha and Sister Agnes were last minute guests at my mother-in-law’s.  They explained that in rural Tanzania, where 80% of the population live, girls are traded into marriage at an early age, left to endure lives of suffering and hardship with no hope of upward mobility.  There, like in our own country, education is the only pathway to prosperity- but because there is not enough money, girls are forced to marry, as families look to their boys to invest their precious resources and hopes for the future.   By the end of their visit the Sisters had asked me to help them, or at least that’s what I recall.  As a mother of four young children (3 girls and 1 boy), their vision represented everything I believed in and was working towards.  And how could I ignore the significance of the name?

I’m still not sure what to make of this story. I have never been what you would call a religious person- or a fatalist- but it’s hard to deny the significance of our initial meeting or all that has since transpired.    So many gifts have been given and received since that Christmas day six years ago.  And there are so many stories yet to be told.

Since meeting the Sisters in 2007 I have visited the Mara region on two occasions, taking a bridge across the Mara River, gazing toward the Masai Mara Reserve, and being welcomed by countless countrymen who smiled when they heard my name and its significance.  I came back feeling so inspired that following my second trip in 2011 I did yet another internet name search.  This time I typed in “the name Mara in Africa” and thankfully the word “bitter” did not appear.  Instead, it said that in Africa people named Mara have a deep inner desire for love and companionship and want to work with others to achieve peace and harmony.  It also said that in Kiswahili, the National language of Tanzania, the name Mara means “a time.”

I know from my travels that time in Tanzania is thought of quite differently than it is here.  There, time is said to be elastic, meaning that it stretches and changes with the rhythms and demands of life. In Tanzania things take as long as they take.  Movement is not forced or imposed but crawls forward on its own accord, little by little -or as they say, “pole pole”).    As a person who has always been terribly impatient, trying to peek ahead and force movement at every turn, this discovery about my name still makes me giggle.

Since meeting the Sisters (Immaculate Heart Sistes of Africa), and helping to start ourTanzania project I have had many more “chance” encounters with amazing people who continue to enrich my life in so many ways. And so on this Thanksgiving weekend as I count my many blessings I would like to  thank those of you who have been part of the BTEP journey …. and my parents for giving me such a wonderful name…. 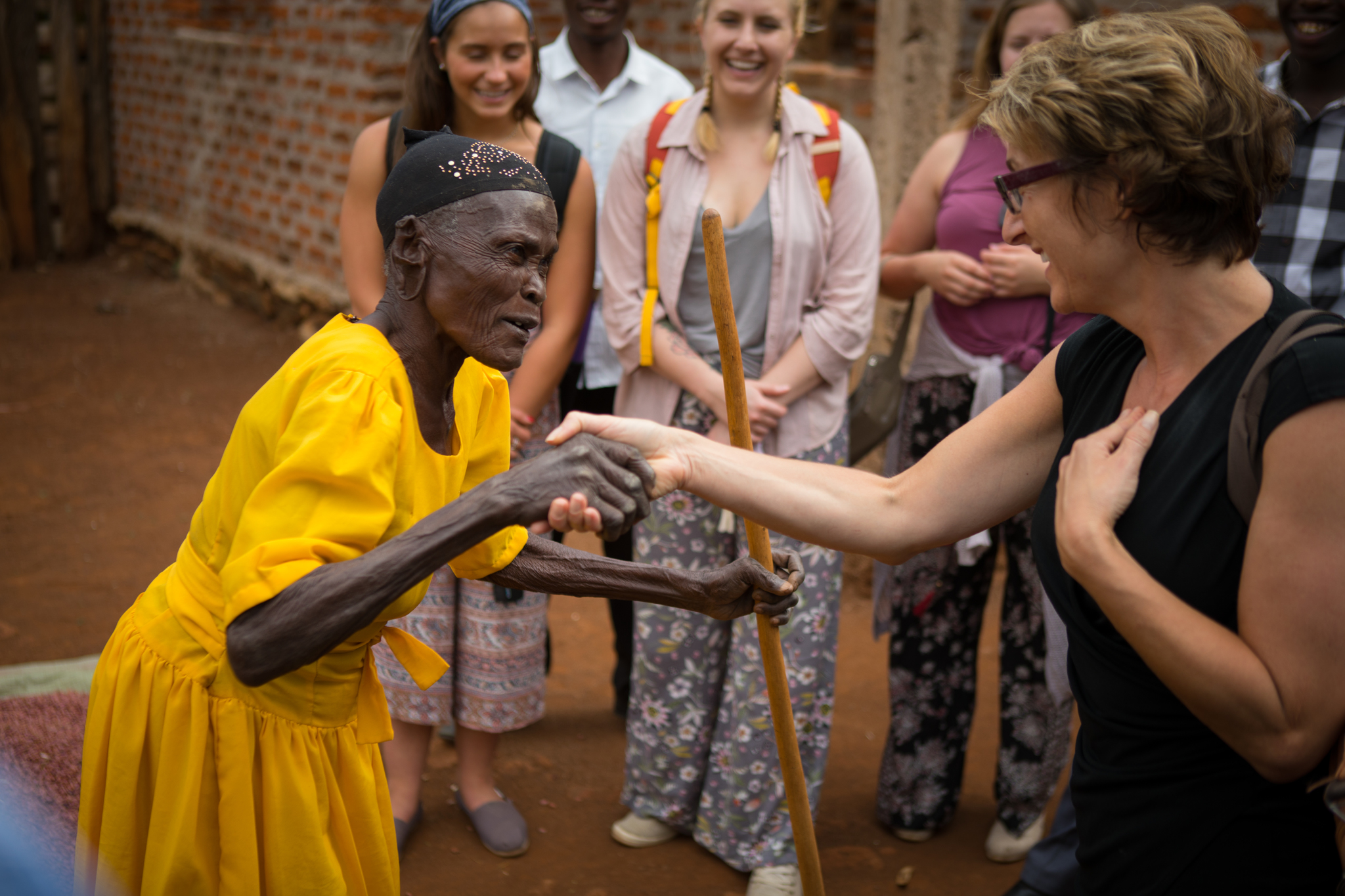